Discovering the Côte-Nord of Québec

The seemingly boundless area that stretches from Tadoussac to Blanc-Sablon and from Schefferville to Anticosti Island includes 1,300 km of coastline and vast expanses of magnificient landscape. This spectacular region is located in eastern Québec; its gateway, Tadoussac, is some 220 km from Québec City and about 475 km from Montreal.

North Shore residents have always appreciated their area's riches: the immense boreal forest, fast-flowing rivers and abundant natural resources. The Innu and Naskapi Nations are descended from the first people who occupied this territory and whose origins date back nearly 9,000 years. History buffs will be thrilled to learn that the North Shore has over 1,400 archaeological sites. It is also the first Quebec region to be described by the famour explorer Jacques Cartier.

Today, the North Shore economy is still based on major industries, although it is gradually being diversified.

Along the North Shore, the majesty of the mighty St. Lawrence River and its estuary confront the visitor at every turn. Among its many treasures are 13 species of whale, which can easily be seen from shore at various points along Route 138 or from on board one of the many whale-watching cruises. Travelling along the Whale Route, you are sure to fall in love with its many charms. The Manicouagan Regional County Municipality's distinctive qualities were recognized by UNESCO's designation as a World Biosphere Reserve. Covering 54,800 km2 and encompassing Baie-Comeau, the surrounding villages, and the entire backcountry, where the boreal forest gradually gives way to the taiga, it is one of the largest such Reserves in the world.

The North Shore has a number of bustling urban centres: Forestville, Baie-Comeau, Port-Cartier, Sept-Îles, Havre-Saint-Pierre and Fermont, to name some of the largest. These cities strike a balance between availability of services andproximity to nature, and their tourism product has something for every taste: museums, parks, churches, interpretation centres, industrial tours and festivals.

The Caniapiscau region, where the famous caribou herds live in the trackless taiga, is a favourite destination for seasoned hunters, anglers, canoeists, and snowmobilers.

In Minganie, you can experience the life you hear described in the songs of legendary Québécois singer-songwriter, Gilles Vigneault. The Bouleau River is the gateway to this region, where picturesque coves and villages are perched, like jewels in Mother Nature's crown. Year after year, the Mingan Archipelago National Park Reserve attracts curious visitors, come to admire the immense stone sculptures dispersed across the chain of around 40 islands.

Anticosti Island is a favourite destination for hunters because of the Virginia (or white-tailed) deer that live there. However, the island is also home to fossils, caves, canyons and waterfalls. This is where visitors can grasp the true meaning of the slogan “Nature, Beyond Measure.” From Port-Menier, the main road that bisects the island leads to outfitting camps and the remarkable flora and fauna that help make this huge island such a magical place.

You're sure to fall in love with the Lower North Shore and its breathtaking panoramas. Because of its large size (over 400 km) and relatively small population (about 6,000 inhabitants), visitors to this sparsely populated region are bound to experience the wonderful sensation of feeling small in such a vast landscape.

The Trans-Anticostian route allows you to reach the operating sectors of several outfitters and discover exceptional flora and fauna. You will fall in love with the Lower North Shore. Its territory of more than 400 km for 6,000 inhabitants spread over fifteen villages absolutely gives the sensation of feeling very small in the immensity of the landscape. 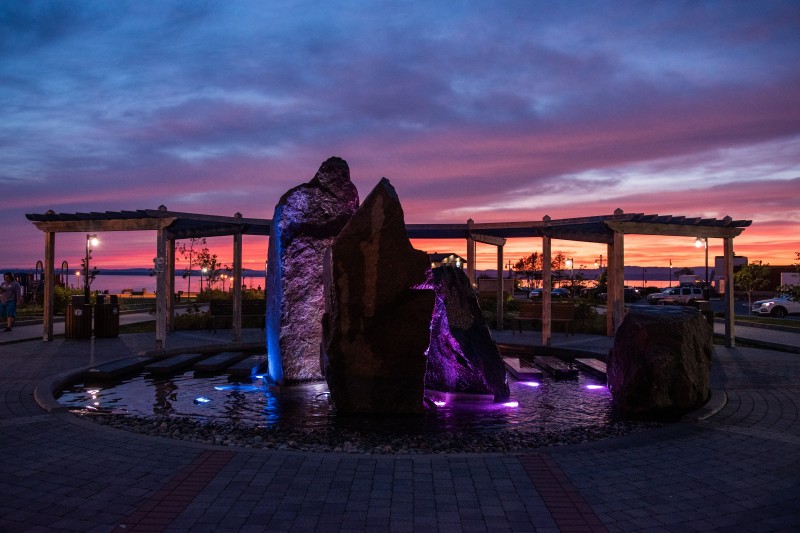 Be the first to hear about the latest news and our amazing promotions!

We use cookies to improve our services. By continuing to browse the site, you agree to their use.